4 Lessons About Video That I Learned the Hard Way 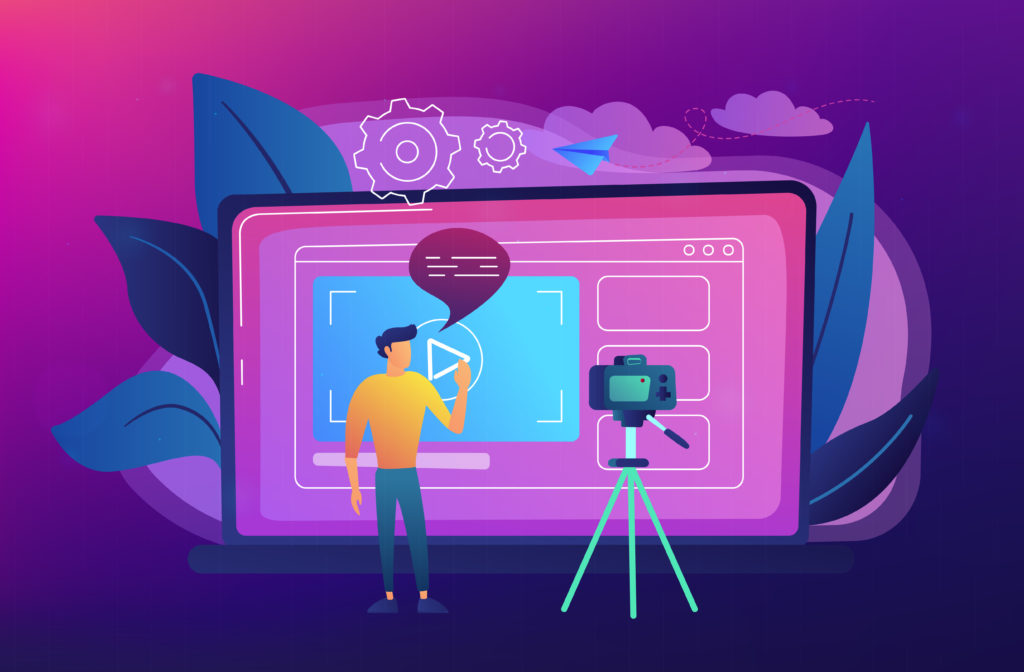 Me and words — we go way back. I decided I wanted to be a professional writer when I was about five, and I never strayed from that path. Video? Not so much.

I’ve written many video scripts and have worked on video projects, but the rules about video content keep changing, so I am constantly learning new tips and tricks. Recently, I participated in a large content audit that included more than 100 videos. Also recently, I filmed myself as part of a video project for the first time ever. Between those two things, I learned four important lessons about modern B2B video content:

1. Minimize footage with people in it.

Don’t hate me on this one. I know companies want to promote their people, and images of people make content relatable, but including lots of footage of customers and/or employees also causes your video to age faster.

Everything happens faster these days, and after viewing a lot of video with employees and customers in it, I’ve concluded that fashion and consumables become dated faster than our content does. These days, an image of a common workplace from two years ago looks old. Clothing, hairstyles, computers, cell phones, fonts, colors, lighting, makeup — it’s all changing faster, and having a lot of it in videos causes them to age faster. Instead, use limited B-roll and mostly a combination of on-screen narration (one or two people) and on-screen text to tell the story.

2. Use an inverted-pyramid storyline for the script.

Videos are getting shorter and shorter — from minutes to seconds. This necessitates use of a storytelling technique that every journalism student used to know: the inverted pyramid. It goes like this: Start with the most important thing the video needs to convey, and that’s the first element in the script. The second element is the second-most important thing, then the third element, and so on.

The inverted pyramid was a way for reporters to quickly sketch out their stories on deadline by prioritizing all of the information they had gathered. Also, their stories often would be trimmed in the editing process to fit into an open space on a page design, and this trimming started from the bottom up. The inverted pyramid ensured that the most important elements remained.

I’ve reverted to inverted pyramid as a way to determine what parts of a complete product or brand story are most important for super-short videos.

3. Always look for new ways to use video.

Videos can be expensive and time-consuming to produce, so I have learned to make an effort to do as much as possible with them. I’m often asking client: Can you use portions of them for social media? Can you make a video resources page? Can you embed them in interactive content? Can you use them in timelines?

Also, I make sure we think about how users will access and find them.

On the flip side, video doesn’t always have to be expensive. Informal interviews at events are an omnipresent example, and even fun promo videos can be done quickly and cheaply.

4. Put your lipstick on straight.

What I mean by this is, don’t overthink anything or you’ll end up causing a distraction. Simple is better.

I learned this last year when I participated in a tips video alongside some other Content4Demand staffers. We were using Vidyard to create 1- to 2-minute videos to embed in our holiday calendar.

My story was how to add authenticity to content. I knew I wanted to hold up signs with digits on them when I cited research stats during my presentation and also that I needed the full treatment makeup-wise, which meant lipstick. I was so focused on those two “must haves” that I was wearing crooked lipstick during the whole video. I would have been better off without it!

Everyone tells me they don’t notice, but I do. To me, and probably others, it became a distraction, and I learned that what I think is important is not always important. It’s what the viewer will think that matters.

I hope you can use these tips as you incorporate more video into your content programs. Video is here to stay and will keep changing, so have fun with it and don’t overthink it.

Video is a great way to get audiences to binge on your content. Check out Tonya’s blog post about How to Create Netflix-Like Content Experiences to learn more about video and other binge-worthy on-demand formats.