Poking Holes In Pinterest: Does A B2B Backlash Make Sense?

Is Pinterest a waste of time for B2B marketers? There’s a debate growing around this issue.

For a good example of the anti-Pinterest perspective, check out a recent post by Shanna Mallon on B2Bbloggers.com. Shanna’s argument against B2B marketers investing in Pinterest hits five major points:

Here’s what I think, at least for the time being: Pinterest is a good fit for some B2B brands, and it’s got significant potential for many B2B brands. It’s also likely to be more trouble than it’s worth for a significant number of B2B brands.

The problem I have with Shanna’s arguments, and with a lot of other Pinterest bashers, is that they’re based mostly on anecdote and flimsy worst-case scenarios.

Let’s take one of the most incendiary concerns on that list: copyright issues. Yes, it’s possible that a particularly litigious copyright holder, given an especially outrageous violation, might go looking for blood. The problem is that if a Pinterest user has actually landed in court for misusing somebody else’s images, I haven’t heard about it.

Other objections on that list are more a matter of putting best practices into place (spam) or applying some creative thinking (putting the platform to work the way merchandisers do).

But here’s my fundamental objection to the claim that B2B marketers have better ways to spend their time: It’s meaningless without some hard evidence to back it up.

What Do The Numbers Say?

Let’s look at an example from our recent DemandGen Report feature on Pinterest, involving HubSpot. These folks have a major stake in the game; they aren’t just marketers, they also sell their technology to other marketers. So they understand why it’s important to back up their claims with hard numbers.

What did HubSpot learn from its experience on Pinterest? The company has sourced about 850 leads from its Pinterest activity – or more than twice as many as it has received from Google+.

I love HubSpot to death, but they aren’t the first company that I think of when it comes to visually arresting content. In spite of this, they’re making Pinterest work for them, and I don’t think they’re breaking the bank to do it.

Again, as we pointed out in our DGR feature, Pinterest isn’t going to work for every B2B marketer. But it probably will deliver ROI for quite a few B2B companies, and at this point it’s too early in the game to know exactly where that line will be drawn.

The bottom line: If you experiment with Pinterest and it doesn’t work out, then you’ve done your job. If you ignore Pinterest because of some fuzzy claims that it’s no good for B2B marketing, then you’re just being lazy.

PrevPreviousThe Lively Morgue: A Great Example Of How (And Why) To Use Tumblr
Next3 Reasons Why QR Codes Matter To B2B Content MarketersNext 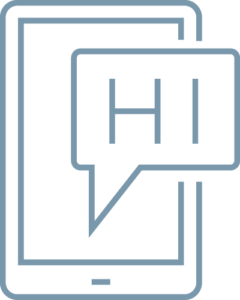