Fyre Up Your Influencer Marketing 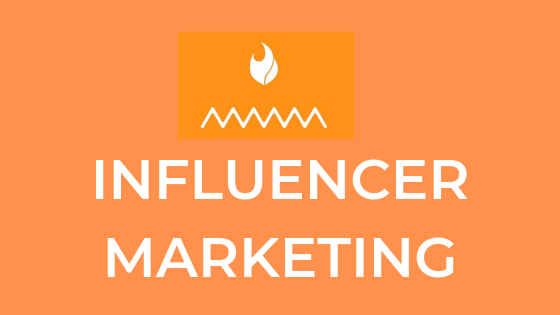 It’s likely that the now infamous Fyre Festival will serve as a cautionary tale for marketers for a long while. But if you look past the debacle, the Fyre team actually did a lot of things right when it comes to influencer marketing. Wait, hear me out! They leveraged voices that resonated extremely well with their target audience, coordinated a campaign full of glamorous and often mysterious branded images that intrigued their followers and generated an impressive amount of buzz for their ill-planned event.

In the end, you might say that the marketing was a raging success; only the product fell short – with a crucial exception: In the addition to a the unforgivable betrayal of their customers and a whole bunch of workers, they betrayed their influencers’ trust and damaged their reputations by failing to deliver on what they promised. That betrayal landed their most visible influencers in the middle of a controversy around their failure to distinguish their paid ad spots from organic brand advocacy.

If you’re looking for a cake walk, influencer marketing isn’t it. But if you plan and manage an influencer strategy well, the dividends can be well worth the effort you invest to underscore your credibility and amplify your content to the right audiences.

Brands have seen an average ROI of $5.20 for every dollar invested in influencer marketing, according to The State of Influencer Marketing 2019: Benchmark Report published this year by Influencer Marketing Hub, with some earning as much as 18:1 ROI. Plus, 95% of respondents to the 2019 Content Preferences Study Report said they wanted credible content from industry influencers, up from 65% in 2018.

Fuel for the Fire

Start with the most prominent figures in your industry. Whose voices would your audience be most eager to hear from? Whose opinions do they value most?

Review their websites and social media accounts to look for alignment on audience, perspective and brand values. You don’t have to agree on every single point, but it’s wise to stay clear of anyone who expresses controversial views that you don’t want associated with your brand.  The ideal candidates are those who have significant numbers of fans and followers that overlap with your own target audience.

Recognizable names are your top-tier candidates, but by no means are they the only candidates. Check your own social media accounts to see if there are influential voices already chiming in on your posts. Keyword searches can reveal some notable voices you may not be as familiar with but who still reach a significant portion of your key audience.

Don’t forget to consider channel or services partnerships. These less widely known influencers may be easier to bring in than the most prominent experts, and more willing to work harder for you.

Your search won’t always need to leave the confines of your own organization. Always consider using the expertise within your company and help them amplify their own voices as industry influencers. The best B2B influencers aren’t always the ones with the largest audiences; work with people who make sense for your business and the story you want to tell.

As you approach influencers, be realistic about what you’re asking and consider what’s in it for them. Most top-tier influencers will expect financial compensation for their endorsements. Others may be eager to work with you to expand their audiences and boost their credibility. Be prepared to make these win-win relationships.

Spell out timelines, key project deliverables and the number of social media posts you’re expecting. And then make it as easy as possible for them to deliver with things such as:

Make sure your content shows your influencers in the best light. Highlight them prominently, credit them appropriately and thank them for their efforts.

As with any other content, make efficient use of everything you’re doing. Collect the best contributions from multiple influencers for a round-up-style blog post or a short-form asset. Support your influencers by liking and retweeting their posts – even the ones that don’t explicitly reference your own content.

Look Past the Smoke

Like any other campaign, you should track the results of your influencer marketing as it unfolds. By giving each influencer a unique, trackable URL for the assets they share, you’ll be able to see how much traffic they generate for you. Monitor your social media accounts to see who’s mentioning, sharing and reposting the influencers’ content.

As you learn what’s working and what isn’t, you can consider adjusting the program. Continue thinking of new ways you can be helpful to each other, and keep the lines of communication open so that you can maintain a successful long-term collaboration.

For more on influencer marketing, be sure to read Brenda Caine’s recent recap of Lee Odden’s action-packed session at this year’s B2B Marketing Exchange: Break Free of Boring B2B With Interactive Influencer Content.