I had only a passing understanding of the significance of Juneteenth until recently. The murder of George Floyd on May 25th and the overwhelming reactions it has provoked have (again) exposed many painful truths about our history—and our present—as ugly wounds that need healing. I hope we can.

What we’ve witnessed in the aftermath is up to each of us to process. I’m proud to say that our parent company, Emerald Expositions, has designated Juneteenth an official company holiday from now on and encourages all of us to spend today reflecting. I hope we do.

Juneteeth, for those who aren’t familiar, came more than two years after President Lincoln issued the Emancipation Proclamation that declared the more than 3 million slaves living in Confederate states to be free in 1863. That news from the President didn’t reach the former slaves living in Texas until Union soldiers arrived in Galveston, Texas, on June 19, 1865. The celebration that commenced and continued annually—Juneteenth—is one that commemorates the last of the slaves to be freed from official government-sanctioned slavery.

As much as we’ve talked about disruption the past few years, most of us are witnessing the greatest disruptions of our lifetimes. And many are wondering if what we’re experiencing will become the precursors to profound positive changes in our society. I hope they are. 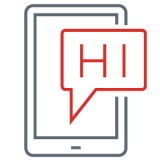