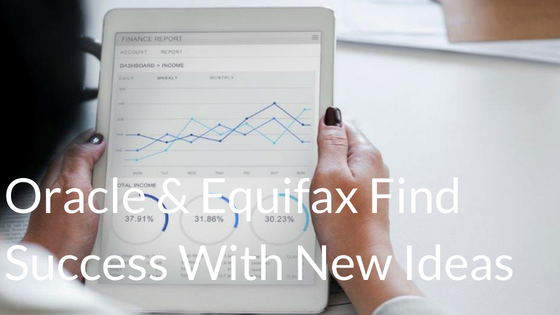 The annual SiriusDecisions Summit is known for its showcase of case studies, and this year two Content4Demand clients shared their experiences with successful strategies that—by coincidence—both started out as experiments.

The group sells servers, appliances and other IT infrastructure products to organizations that are moving to more digitally driven processes, and Tsan’s predecessors had always relied on technical, product-focused marketing aimed at IT administrators. In the past this worked, but when Tsan arrived three years ago, she realized it no longer made sense because modern B2B buying journeys have evolved to involve multiple influencers from non-technical functions.

Another challenge was an over-reliance on technical white papers, which could take as long as a year to produce and cost as much as $80,000 because they required in-depth analyst research and multiple reviews and revisions.

“We were spending a lot of time and money to talk to the same buyers about the same things,” Tsan said. “But if you are a financial leader, and you want to shorten your financial close time, that’s an infrastructure issue. So we needed to up-level our messaging to talk to business people about business issues.”

The new content plan also had to serve the needs of internal customers such as sales people, product managers and others who weren’t used to marketing messaging about business problems.

Tsan decided a blog was good place to start because blogs can be produced relatively quickly and concurrently, and you can see soon after posting what topics resonate most with your audience. And because they wouldn’t be focusing specifically on technical aspects of products, the review process was shorter and easier.

Two years later, the blog experiment is a success, with more than 25,000 page views so far and more than 1,000 opt-in subscribers. Additionally, Tsan’s blog has received a lot of notice internally and is promoted regularly in internal and external promotional material. She also doesn’t need to beg and plead for ideas. Internal subject-matter experts are eager to get their ideas published, and working with Content4Demand provides planning and writing expertise, which makes it easier for them to participate.

Most importantly, the blog has proven to skeptics that content focused on solving business challenges is in high-demand for infrastructure.

For the first time this year, blogs are one of the top three formats that buyers reported reviewing in the past 12 months during a buying-decision process. (Case studies were No. 1 at 79%; and white papers and blogs were both cited at 71%.) Additionally, 74% of respondents said they share blog posts with their colleagues.

Equifax is widely known as a credit rating agency, so Sherrie Turner and her team in Industry Marketing work tirelessly to raise awareness about the company’s products and services for data-driven marketing.

At times that has meant moving really fast with limited resources, and so not always taking time for documenting personas and messaging. However, in 2017 Turner and a colleague decided to step up their game with their next campaign—aimed at the financial services and communication sectors. It would use personas, detailed messaging and refreshing new formats.

After developing the personas internally, Turner and her team worked with Content4Demand to identify messaging around key challenges and focus areas for each vertical. Then, they developed deeper details on pain points for each of the personas.

Finally came time to plan content. The plan started with the traditional SiriusDecisions buyer’s journey map. Content4Demand provided suggestions for content topics and formats based on the three buyer phases and research about which formats work best in each phase. Turner was particularly interested in experimenting with new, interactive content formats while also employing formats that could be used for both campaigns with only minor tweaks.

“Plus we wanted to try different formats because we wanted to see which ones resonated with the buyers in each vertical.”

Turner said there was also experimentation with the emails that promoted the assets. Ultimately, six assets were used in each campaign, and slight email design adjustments were made progressively based on the performance of the prior email. For example, the team noticed that email recipients sometimes clicked on the email header even though it wasn’t a link. So they placed a button on the header.

The assets included an assessment, a Q&A, a short eBook, a brief article, a long eBook and an iPaper. A portion of the assets remained the same for each vertical, and the rest (major images and some copy) was tweaked per the vertical buyers and their pain points.

Turner said the campaign was successful, although Equifax considers the actual metrics proprietary, so she couldn’t share them. A big plus, though, is confidence in using new content formats with their vertical buyers.

The iPaper—an interactive white paper built in HTML 5—is now one of Turner’s favorite formats.

“There’s a table of contents for easy navigation, and there’s embedded social sharing,” Turner said. “I’ll be using this again for sure. There’s a lot of cool things going on.”

Interested in these content marketing experiments? Reach out to our Director of Marketing, Jessica Baum, to schedule some time to chat and get some ideas.